PHD2 is open source telescope guiding software that simplifies the process of tracking a guide star, letting you concentrate on other aspects of deep-sky imaging or spectroscopy. The latest v2.6.8 release offers new functionality for Altair and QHY cameras, better tolerance of INDI/ASCOM mount drivers that incorrectly report guide speed and an updated Traditional Chinese translation. 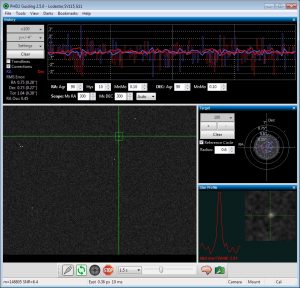 The software includes an easy-to-use, “push here dummy” guiding for beginners, sophisticated guiding and analysis tools for experienced users and extensive support for commonly-used equipment. It is available for Windows, Mac, and Linux and there is an extensive online help and responsive technical support.

Developers interested in working on the project are encouraged to send pull requests via the PHD2 project page on GitHub and to participate in the PHD2 Forum. Additional information for developers is available in the PHD2 Wiki. The team is also looking for translators to translate PHD2 and to keep the existing non-English translations up to date.