The Luminos Pro app available on iOS. It offers an all-in-one mobile astronomy app, with a wide range of features for star gazing, observing with a telescope, and exploring the galaxy in 3D. Luminos Pro has vast databases of nearly every type of object and uses them to give custom recommendations for making the most of your time under the sky. 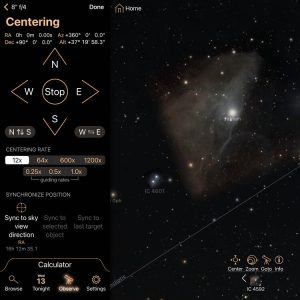 The publisher has announced they have released updates for both Luminos 9 and Luminos Pro which add the first four images from the James Webb Space Telescope (Southern Ring Nebula, First Deep Field, Cosmic Cliffs, and Stephan’s Quintet). The images can be found in the deep space image gallery and are also aligned and placed into the sky view to aid in locating and framing them in your own observations and photos.

Luminos Pro’s update also adds a new renderer for asteroid belts that is able to animate the asteroid belts in real time at higher time speeds. Go to the Orrery view, turn on some or all asteroid belts (Settings > Asteroids), and spin the time wheel to see smooth animations of the movements of asteroids and comets.

Here is the complete list of changes for Luminos Pro:

– Feature – Image gallery descriptions have been translated into French and Spanish

– Fixed – Orbit lines no longer disappear completely at their ends

Changes for the Luminos 9 app include:

Users receive easy access to planets and moons, bright star lists, meteor shower charts, 5,000 years of solar and lunar eclipses, constellation details, and if you want to know what or where something in the sky is you just raise your device and motion tracking will identify or locate your target.

Telescope users will appreciate Luminos Pro’s telescope control and equipment management. They can connect to many brands of computer-controlled telescopes for easy pointing directly from Luminos Pro and use the equipment calculator to help choose optimal combinations for your observations. Select a camera and use an accurately-scaled overlay on the sky view to calculate the ideal centering and rotation for framing your astrophotography targets.

Luminos Pro also provides an excellent educational experience as it allows users to travel in 3D to see stars in an alien sky, then experience the scale of the space with a seamless 3D flight back home. Luminos Pro makes it fun to explore the planets and moons of the solar system with 100 megapixel maps and complete surface feature databases from the USGS. Users can also explore exoplanets and their star systems, or ride along with a spacecraft like Voyager 1 throughout its journey, or see what the Pleiades looks like when you spin it around in 3D.

Luminos Pro is offered with three subscription options. All subscriptions start with a free month and can be cancelled at any time, even during the free month. 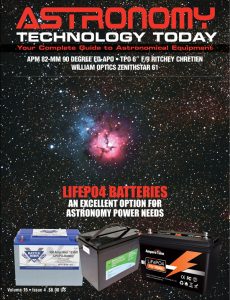