The ZWOASI662MC camera adopts the Sony IMX662 sensor with the latest technology. Compared to the previous generation of sensors, it has very low readout noises and an extreme large full well capacity which is 3 times larger than that of Sony IMX462 sensor. This helps effectively avoid overexposure issues and also allow longer exposures. In low light conditions, the camera performs excellent, capturing very clear images of celestial objects. 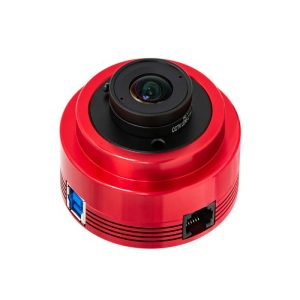 The SONY IMX662 sensor utilizes the advanced STARVIS 2 technology. Featuring zero amp glow, higher sensitivity to red and near infrared (NIR) light, and 3 times larger full well capacity, it can be regarded as an upgrade of the ZWO ASI462MC. Also, its dark current noise is several times lowers than ZWO ASI174MC.

The ZWO ASI662MC camera exhibits zero amp glow, no matter how long the exposure and how high the gain value. Since it is implemented directly at the hardware level, it does not require software control.

Readout noise includes pixel noise, circuit noise, and ADC quantization noise. The lower the readout noise, the better. The readout noise of ZWO ASI662MC camera is very low compared to a CCD camera. The built-in HCG mode can effectively reduce the readout noise at high gain and allow the camera to maintain the same high dynamic range as it does at low gain. When the gain is 150, the HCG mode is automatically turned on and the dynamic range rises back to 12bit.

The ZWO ASI662MC specifications include:

You can learn more about the ZWO ASI662MC Camera here. 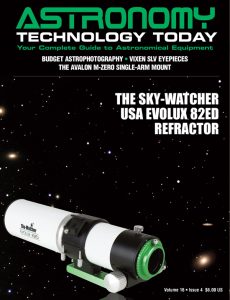