Nikita Misiura is an astrophotographer and software developer who created the StarNet++ software system which provides the ability to remove stars from astrophotography images. He has announced that he has released V2 of the software.

Since its debut, Misiura has been working with the amateur astronomy community to continuously improve on the software. For Photoshop users the software provides the ability easily drag-and-drop your images into the platform to remove the stars. It can be downloaded on Sourceforge. There is also a StarNet++ module for the popular Pixinsight astrophotography image processing platform which is available natively for FreeBSD, Linux, Mac OS X and Windows operating systems.

There is a Python version for more advanced users that is available on GitHub. The whole code is open-source and users need to have the ability to work with Python, Tensorflow, etc. The code provides the ability to train the neural network on your own data or modify the code for your needs.

As Misiura notes, “By separating the stars from the nebula or galaxy in your images, you can control and manipulate the data in a more deliberate way overall. A quick example of this would be to brighten the outer regions of the Andromeda Galaxy without making the surrounding stars brighter and overpowering.”

He continued about the V2 release, “This version took countless hours of work to prepare more training data, with the push towards star dense images. It should show better performance across the board, including wide field images of the Milky. Hopefully, this will enable StarNet usage for landscape astrophotography. This is ultimately for community to decide, but it works pretty well on images from my rigs. This version should also work well for images at any stage of processing, not only after initial stretch, which makes it more useful.”

Misiura also mentioned, “Good news for people who don’t have PixInsight – this release includes simple user interface, so you won’t need to mess with command line and other scary stuff (hooray!). The negative side of this, though, is that GUI is only available for Windows. I am not able to compile GUI for MacOS, and most likely never will. I know there are ways to run Windows apps on Macs, but don’t ask me how, I have no idea. Hopefully the community will be able to help here.”

Also on PixInsight he states, “This release also includes new version of the PI module. PI team will probably include this into PI distribution at some point, but right now they are busy with other things. This release will install StarNet2 separately and will not replace the original StarNet. The installation procedure is pretty much the same as before and is described in the README.txt file.”

As he notes, “The process of reducing or removing stars in an astrophoto is not a new concept in the astrophotography image processing world. This technique is used by many amateur astrophotographers to help reveal the delicate structures of their deep-sky object.  I even wrote a tutorial on removing stars in Photoshop, and it was my go-to method for removing/reducing star sizes for many years. Now, I include StarNet++ as a part of my workflow at this stage.” 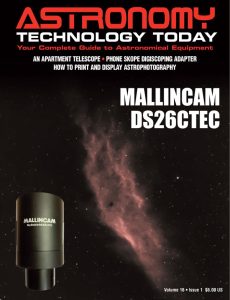