Chiricahua Sky Village is a new observing complex in the planning stages in southern Arizona. It is the brainchild of a group of amateur astronomers in the Pacific Northwest who, three years ago, established a 30-acre dark sky site in eastern Washington known as the Goldendale Sky Village. 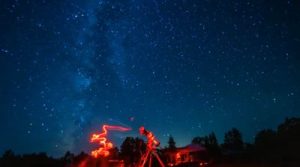 As the organizers note, “While eastern Washington has plenty of clear skies between May and October, the winter is a different story altogether and, in effect, the observing season is only six months long. In 2021 the members of GSV began to explore the possibility of establishing another similar sky village in southeastern Arizona where the skies are clearest in winter. This time, membership would be offered to astronomers throughout North America who also want to observe in winter but are thwarted from doing so on account of bad weather in their own home states.”

The eastern Washington based Goldendale Sky Village business plan was to create an innovative combination of affordable private ownership and neighborhood clusters (small lots gathered around telescope fields) leading to a unique observing environment that looked and felt like a permanent star party. The development of the village has grown from 20 original members to now over 50.

The newly planned Chiricahua Sky Village is now organized as a legally independent LLC in Arizona. Its mission is to own, operate, and preserve a Bortle Class 1 site in Cochise County where skies are clearest in winter. An altitude of 4,700 ft, a latitude of 31°, and the absence of any smoke are all factors that will further contribute towards a breathtaking dark sky experience. The organizers have a bank account, a website, a real estate agent, a draft operating agreement, and a group of 36 prospective members from 10 different states and provinces in the United States and Canada – all the ingredients necessary to launch this project off the ground.

As the organizers note, “We have found a suitable parcel of land. The one that has caught our eye is only 100 miles from Tucson International Airport. Its strengths include an area of 40 acres, a registered well, electricity, a paved access road, minimal risk of flash floods, few neighbors, and low horizons. Chiricahua Sky Village is currently raising capital by offering its shares for sale. In exchange for each share, it is giving members one vote and the right to use a portion of the property for camping and astronomical activities, much like the arrangement that has worked so well at the Goldendale Sky Village. Shares become part of a member’s estate and can be passed down from generation to generation.”

To learn more on how to participate in the Chiricahua Sky Village you can visit the organization’s website. 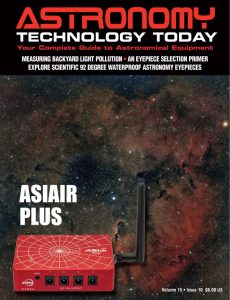