The 2021 AAVSO Annual Meeting will be held in person from November 5–7 in Somerville, MA, and will include AAVSO observers and other citizen scientists presenting both in person and remotely. The meeting includes keynote speakers, presentations by professional and amateur astronomers, an opening reception and banquet.

The event will include a livestream-viewing option on Nov. 6 & 7 that will be managed by a professional AV service to ensure a quality experience.

Prior to the event, the 2021 AAVSO Spectroscopy Workshop will be held in person at The Row Hotel in Somerville, MA on November 3rd (Wednesday) & 4th (Thursday). Online participation is available for those not able to attend in person.

The event planners are planning a robust spectroscopy program for beginner through experienced spectroscopists. This year, the AAVSO has received a grant from the National Science Foundation (NSF), which includes five awards for high school teachers to travel to the workshop. The NSF would like to see teachers acquire knowledge and skills at the workshop and follow through by incorporating spectroscopy into their curriculum.

The AAVSO is an international non-profit organization of variable star observers whose mission is to enable anyone, anywhere, to participate in scientific discovery through variable star astronomy. They accomplish their mission by carrying out the following activities:

The American Association of Variable Star Observers (AAVSO) is a non-profit worldwide scientific and educational organization of amateur and professional astronomers who are interested in stars that change in brightness—variable stars.

Membership in the AAVSO is open to anyone – professionals, amateurs, and educators alike – interested in variable stars and in contributing to the support of valuable research.

The vast majority of professional astronomers have neither the time nor the telescopes needed to gather data on the brightness changes of thousands of variables, and amateurs make a real and useful contribution to science by observing variable stars and submitting their observations to the AAVSO International Database.

You can learn more about the AAVSO Annual Meeting and Spectroscopy Workshop here. 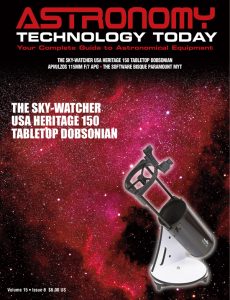