Long time subscribers of Astronomy Magazine may remember that there used to be two smaller quarterly available from the publisher – Deep Sky and Telescope Making. As Astronomy Magazine’s Editor David Eicher notes, “These sister publications were extremely popular with amateur astronomers in the boom days of the Dobsonian revolution, when large telescopes were first available to amateurs and an explosion of knowledge about what could be seen in the sky was first happening.” 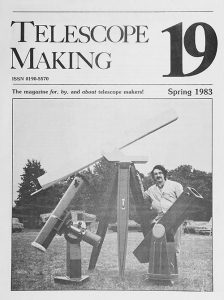 The magazines are still alive today as digital versions available from Astronomy Magazine’s “My Science Shop” website as individual downloads and they offer a fun look back into the amateur astronomy industry. There is an overview of each issue including the individual articles so you can peruse each issue and decide if that specific issue has something of interest to you.

Eicher actually started Deep Sky as a monthly publication when he was a sophomore in high school in Ohio. In 1982, he joined the Astronomy staff and brought the magazine with him and  published it as a quarterly magazine for the next 10 years.

Former Astronomy Editor Richard Berry started Telescope Making magazine in 1978 during the days of the Dobsonian revolution. That was when building your own telescope was the way to get a really large-aperture scope. 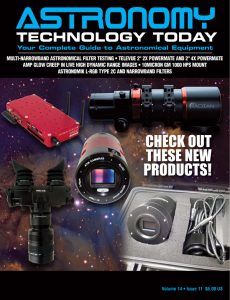