The Lunt Solar SunLab was built by Lunt Solar Systems in 2017 for NASA for the “Great American Solar Eclipse” project. It provided one of the most watched global viewing highlights as it broadcast the eclipse in many digital formats from the eclipse “ground zero” in Carbondale, Illinois.

Lunt Solar has announced the SunLab is being re-built and repurposed at its corporate facilities in Tucson, AZ to become a cutting edge mobile and robotic solar facility that will capture the daily activity of the Sun in 3 wavelengths of light: White Light, Calcium-k, and Hydrogen-alpha.

The creation of the SunLab was a collaboration between Lunt Solar Systems, NASA and the Goddard Space Flight Center to offer a live broadcast of the 2017 Solar Eclipse. The SunLab was the world’s first mobile solar observatory offering the ability to produce ultra-high-definition images under different wavelengths of light.

The SunLab was purpose built housing a 20” Heliostat feeding Sunlight to 3 @ 230mm Lunt Solar Telescopes ((focal lengths of 1600mm and 1200mm to get the full disk of Sun in frame) fitted for Hydrogen-alpha, Calcium-k, and White Light. The Lunt solar telescopes were outfitted with three monochrome RED Dragon 6K cameras, a massive optics table and a number of 24 core dual Xeon workstations networked with 48TB NAS units.

Lou Mayo, a planetary scientist at the NASA Goddard Space Flight Center and the program manager for the space agency’s eclipse planning, noted in advance of the deployment of the SunLab, “We’re going to have by far the best imaging of the eclipse that anyone is doing.”

And today, the SunLab is being reborn and upgraded to take advantage of 8k imaging technology.

The SunLab is mounted on the back of a goose neck trailer and pulled by a massive Freightliner truck that is outfitted with an added office/facilities area. The trailer that contains the solar equipment features auto leveling jacks and can be maneuvered into position such that it aligns with north for accurate Solar tracking.

At the rear of the trailer there is a 20″ Byres Heliostat with guided tracking on a fixed pier. This Heliostat is one of a kind and serves to direct the Sunlight into the SunLab. It is protected in a custom roll off observatory to maximize its view of the sky. The SunLab can be run off main power or from its internal generator. The lab is climate controlled to maintain the processors and backup PC systems.

Inside the lab the Lab are three 130mm Lunt Solar Telescopes each fitted with special filters. These include:

The H-alpha system is remotely tuneable for capturing Doppler shifting events and fine tuning to desired details. The tuning is instantaneous and can be calibrated to wavelength. There is no waiting on the time it takes to heat or cool and reach equilibrium. The etalon systems are also barometrically sealed and not affected by changes in atmospheric conditions.

The rear of the telescopes have a computerized XYZ stage that houses a RED 8k Helium Monochrome camera. The camera can be quickly moved between each telescope and brought to auto/manual/remote focus. Eventually Lunt plans to be able to have three 8k RED cameras available at all 3 telescopes to capture all 3 wavelengths simultaneously. However, at the moment they currently have enough computing power to handle one 8k feed with processing, colorization, and storage, or for broadcast in near real time.

The current data Capture, processing, and storage specifications are based on the 6k imaging systems that Lunt had in place in 2017. These are in the process of being updated to reflect the 8k specification once the software and processing procedures have been developed.

The Sun will be captured on a daily basis. Active areas will be captured and stored at the various wavelengths and processed. Lunt will store any interesting raw data for future use and will process video and stills in various formats for educational, research, social and news media distribution. It is Lunt’s plan to offer the raw data and processed media to astronomy enthusiasts, educators, and researchers at little to no cost.

Because the SunLab is fully robotic, Lunt will allow interested parties to book time on the Lab for their own use. Data can be stored and either shipped to the user on a drive or made downloadable via a 3rd party app.

The basic specifications of the feeds are as follows:

–  As data is continually captured, areas of interest can be isolated and processed as time-lapse sequences

–  Each image will be produced by stacking/deconvolution with false color

–   As data is continually captured, areas of interest can be isolated and processed as individual still frames

–  As RED Mini-Mags are filled, the R3D compressed RAW files are transferred to NAS for retrieval by image processing workstations

–  R3D files and processed stills and time-lapse files will be archived with professional cataloging software for easy future retrieval.

You can keep up with the SunLab project at the Lunt Solar Systems website. 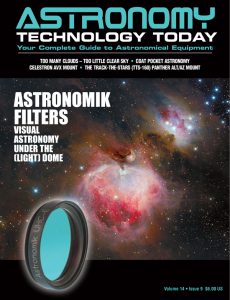