The Pocket Sky Atlas from Sky & Telescope has been released in its second edition. The first edition was released in 2006 and it quickly became a popular resource for amateur astronomers.

The Pocket Sky Atlas  is available in standard and jumbo sized version which are identical in content and only differ by page size. Each offers the following:

– More than 30,000 stars individually sized according to their relative brightness

– 1,500 deep-sky objects color-coded by type, including 675 galaxies oriented as they are in the sky

– Labels legible even in dim light

– Fits in a daypack or briefcase, so you need never leave home without it

Here is what the Sky & Telescope  editors had to say about the new edition of Pocket Sky Atlas: 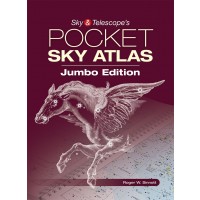 The changes aren’t major, but they could be significant for some users. As you’d expect for any widely used product, sharp-eyed observers have kindly alerted us to some misleading labels and other minor flaws on the charts. We’ve fixed those and done a few more things.

For example, we already had more than four dozen carbon stars marked on the charts, notable for their striking reddish hue in amateur telescopes. But users have asked us to list them separately so they could be hunted down in a more systematic fashion. A new table in the back answers this plea, tallying all 53 of these stars with their variable-star designations and the charts on which they are plotted.

Others have wanted better information on nearby stars, which often come up in stories about newly discovered exoplanets. We now have a list of 24 very nearby stars, all within just 5 parsecs (16.3 light-years) of our solar system, together with their names, distances in light-years, and the charts where they can be found. About half of these were already in the atlas but not specially marked, and the rest (those just fainter than the atlas’s cutoff of magnitude 7.6) now have their locations marked on the charts as well. All of them are easily picked up with a small telescope.

We’ve also corrected a few old star names to agree in spelling with the International Astronomical Union’s 2018 list of officially approved names. For instance, the old-fashioned Al’Nair is now Alnair (chart 79), and Sterope in the Pleiades is now Asterope (close-up chart A). 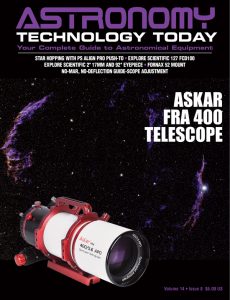