An ASCOM ALPACA presentation and a QHYCCD New Camera Announcement will be among the highlights of Woodland Hills Telescope and Binoculars  next YouTube live stream on Wednesday, July 8th as part of the latest edition of its ongoing live stream series.

Including during the event will be an announcement by QHYCCD on a new product that the company says will “revolutionize the planetary camera market” as well as a look at the NEW QHY600 series astronomy cameras.

Also included in the event is a world first live demonstration of ASCOM ALPACA in action with Bob Denny, Jeff Dickerman & Daniel Van Noord. This is a presentation not to be missed as the Woodland Hills team will be conducting a live Q&A session on the workings of ASCOM ALPACA which is fast becoming the standard in cross platform conformity. Included will be a discussion on how ALPACA works and is implemented into a current system.

Here is a brief bio of each speaker

– Michael Barber: Michael is an experienced chief executive officer with a demonstrated history of working in the electrical and electronic manufacturing industry. Michael currently serves as Director of Marketing for QHYCCD in the United States where he is well known and a respected member of the Astronomy community. Michael is best known for his work as co-founder of SBIG, Inc.

– Jeff Dickerman: Jeff joined Optec in 1988 and is primarily responsible for sales, service, and new product development.  Jeff has been president of the company since 2008 when he and Tina purchased the corporation from Jerry Persha. His hard work ensures that every aspect of Optec runs smoothly and efficiently. Jeff was instrumental in the acquisition of Alnitak Astrosystems in 2011 and continues to look for opportunities to bring products of exceptional quality to the astronomy.

– Daniel Noord: Daniel is an amateur astronomer and software engineer with a dual degree from Calvin College.  A native of Grand Rapids, Daniel has a lifelong love for astronomy and computers.  During his years at Calvin, Daniel developed an automated variable star discovery and identification program for the large database of accumulated images. He is the lead architect and programmer for all Optec drivers and software products. Dan’s extensive knowledge of observatory controls and telescope systems makes him uniquely qualified to lend assistance to astronomers worldwide seeking to configure and adjust their control computers, write scripts for automation, or handle more complex projects in a friendly and professional manner. 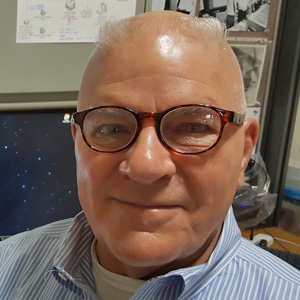 Bob Denny: Bob is an American software developer who writes software for robotic telescope and remote telescope systems. He is the inventor of the Astronomy Common Object Model (ASCOM) standard, which has resulted in the easy availability of freeware device drivers for telescopes, telescope focusers, and astronomical observatory domes and enclosures. Denny is also noted for developing the first web server software for Microsoft Windows 3.1, 95, and NT 4 (Windows HTTPd), as the inventor of the Windows Common Gateway Interface which allows Visual Basic to be used as a web server back-end language, the first Java web server back-end system, and as the author of the O’Reilly WebSite Pro web server.

And to make it easier for you to get the most extensive news, articles and reviews that are only available in the magazine pages of Astronomy Technology Today, we are offering a 1 year subscription for only $6! Or, for an even better deal, we are offering 2 years for only $9. Click here to get these deals which only will be available for a very limited time. You can also check out a free sample issue here.