American astronomer George Willis Ritchey and French astronomer Henri Chrétien invented the Ritchey–Chrétien telescope (RCT) in the early 20th Century.  Ritchey actual built the first RCT in 1927. It had a 24-inch mirror. The second RCT was a 40-inch built in 1934 for the Naval Observatory and is currently at their Flagstaff Station.

Ritchey-Chrétien telescopes are a type of Cassegrain telescopes designed to eliminate coma. Unlike classical Cassegrains, RCTs do not have parabolic primary mirrors, but hyperbolic mirrors. Both have hyperbolic secondary mirrors.

Comparing RCTs to Schmidt-Cassegrains telescopes (SCTs), which usually have secondary mirror magnifications of 5x and overall focal ratios around f/10, the RCTs are also much faster. With smaller secondary mirror magnifications, RCTs also have less field curvature than SCT. Typically you don’t need to use a field flattener with an RCT unless using a large format camera. RCTs with the same primary mirror diameters have smaller overall tube lengths than classical Cassegrains and SCTs.

Ritchey-Chrétien telescopes are the telescopes of choice for major observatory instruments. The Hubble Space telescope is a RCT. My first experience with an RCT was when I ordered a 20-inch RCT for the Coast Guard Academy’s Astronomical Observatory in the year 2001. Back then only three companies offered 20-inch RCTs: Parallax Instruments, PlaneWave Instruments, and RC Optical Instruments. Parallax only made a few RCT, all in the 20-24 inch size. I ordered the third 20-inch telescope they made. It was superb. PlaneWave Instruments and RC Optical Instruments still make these large, research-grade RCTs.

Smaller amateur RCT with sizes down to 6-inch mirrors did not hit the market until this decade. They are made by Guan Sheng Optical in Taiwan and are sold by Agena Astro, Astro-Tech, iOptron, Orion Telescopes, and Third Planet Optics (TPO). The most popular size sold is the 8-inch model, which starts at $895 with a steel tube.

I purchased my 8-inch RCT (Image 1) from Astro-Tech solely for the purpose CCD imaging. You can use an RCT for visual use, but with a 47% secondary obstruction by diameter, the views are not as great as in an 8-inch Newtonian or classical Cassegrain. Image 2 shows the inside of the GSO RCT (left) compared to the inside of the GSO classical Cassegrain (right). The both look pretty much the same – flat black interiors, baffled to improve contrast, identical secondary mirror cells and spiders. The only real difference is the RCT has a much larger secondary mirror, which is required to obtain the faster focal ratio.

The 8-inch optical tube assembly (OTA) came with a finderscope mounting shoe, one two-inch focuser extension ring, two one-inch focuser extension rings, a two-speed GSO focuser, a Losmandy-style dovetail plate, and a Vixen-style dovetail plate. Because I planned to do a lot of imaging with this telescope, I decided upfront to upgrade to a JMI EV-1 focuser, which I consider one of the top focusers on the market. I also purchased a Technical Innovations Robofocus so I could focus the telescope remotely using my computer. These two upgrades combined cost almost as much as the OTA!

The basic 8-inch RCT comes with a steel tube. For an additional $500, the telescope can be purchased with a carbon fiber tube. Carbon fiber will not expand and contract with temperature changes like steel, so it should maintain focus much better as the temperature drops over the course of the night. Since I was purchasing a motorized focuser than can be programmed to adjust the focus as the temperature dropped, I opted to buy the steel tube version of the RCT. Different vendors sell the steel tube versions with different color exteriors. The Astro-Tech has a white tube. All carbon fiber versions have black tubes.

I currently have the telescope mounted on a Software Bisque Paramount MyT German equatorial mount in a Sky Shed Pod just outside of Peoria, Illinois.  The mount, focuser and CCD camera are controlled by a laptop computer inside the dome, which I can control remotely. When the weather is nice, I set up a control computer on a picnic table outside the dome. In the winter, I set up a computer in my minivan to stay out of the elements.

For imaging, I added a Tele Vue 0.8x field flattener/focal reducer designed for 800mm -1000mm refractors (Image 5). This works perfect for the RC8 flattening the field and reducing the focal ratio from f/8 to a faster f/6.4. The uncorrected focal length of the telescope is 1625mm. With this correction it is 1300mm. As seen in Image 2 and 6, I had to use all three of the supplied focuser extension rings to achieve focus with my CCD camera. Due to the long optical train between the back of the telescope and the CCD camera, I had to attach a couple of one-pound counter weights to the objective end of the telescope to balance the telescope around the declination axis.

Imaging with this telescope has been a pure pleasure. My main imaging camera is an SBIG ST-2000XCM. This is a single shot color camera with a built in guide chip. I have recently acquired an SBIG STF-8300C camera with an off-axis guider using a ZWO ASI120MC-S camera. I have yet to test the new camera configuration; so all images herein are with the older ST-2000XCM.

Image 3 is the star cluster NGC884. NGC884 is part of the famous double star cluster in Perseus. This cluster contains myriad orange and red stars. The image was obtained with only a 30-minute exposure, but I captured stars down to magnitude 18. The star diffraction spikes are a result of the telescopes spider vanes. I enjoy having the spikes on my images.

The Ring Nebula (M57) in Lyra is shown in Image 4. This 30-minute exposure easily picked up the planetary nebula’s 14.8 magnitude central star. Also visible is the 15th magnitude spiral galaxy IC1296 located 4 arcminutes northwest of M57. I should note this image was taken prime focus without the 0.8x focal reducer/field flattener. No hints of field curvature or coma appear in the image.

Finally, Image 6 displays a 160-minute exposure of M77, a 9th magnitude, barred-spiral galaxy in Cetus. The image captures the galaxy’s bright core and the bright oval ring surrounding the inner region of the galaxy. Like the M57 image, star forming regions and dust lanes are captured in the image. M77 also has a faint outer ring surrounding the galaxy that was captured by this eight-inch astrograph!

I would defer to the GSO 8-inch classical Cassegrain telescope for visual use.  However, for CCD imaging, the GSO 8-inch Ritchey–Chrétien is an ideal mid-sized instrument for CCD imaging. With or without a focal reducer/field flattener, the images are flat and aberration free. The telescope is perfect for imaging star clusters, bright nebula and galaxies. 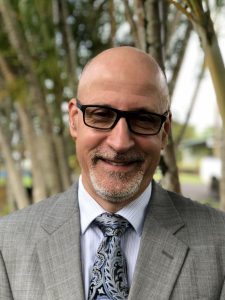