Most beginner telescope packages come with a single eyepiece. Thinking that most beginners would want something more in the way of power than the lowest possible power (which yields the largest true field of view), the manufacturers provide an eyepiece that, charitably, is a “jack of all trades and master of none” – too high a power to have the largest field, and too low a power for high-power views of the Moon and planets and not quite high enough a magnification to make a decent medium-power eyepiece.

So, the first thing a beginner telescope buyer looks for is a “set” of eyepieces for the scope. And, indeed, there are many such sets, though they typically contain some eyepieces with focal lengths so short they’re generally not usable, plus some color filters not useful for anything.

Well, I’ll save the beginner a little bit of shopping by talking about a Magnification Protocol I’ll call “1X / 2X / 3X.: Let me explain what that means:

First, everyone needs a low-power eyepiece with a large field of view for the biggest objects in the sky – star clusters, asterisms (stars arranged in patterns), large nebulae, the Milky Way, etc. Call that the 1X magnification, where X has a certain value.

On top of that, since most objects in the night sky are NOT that large, a medium-power eyepiece is nice to show most objects well in context with the area of the sky in which they sit and at a high enough magnification to see details in the objects. The background sky gets darker as the magnification increases, so the image is often more aesthetically pleasing, especially in an urban or suburban setting, where the sky isn’t particularly dark to begin with. This is the 2X magnification.

And last, for the smallest of objects, like the planets (which will be the tiniest things you look at in a telescope), or for high-power views of the Moon, close double stars and small planetary nebulae, a high-power eyepiece is essential. This is the 3X magnification.

But Seeing conditions (the turbulence in the sky) don’t often allow REALLY high powers to be used because as you increase the magnification, you also magnify the turbulence seen in the eyepiece. At some point, the image just becomes blurrier as you raise the power. Where that magnification point is will vary from night to night, so it’s desirable to have your high-power eyepiece be a low-enough power to still produce a decently sharp image, even when the seeing is mediocre. A high-power eyepiece should be usable almost 100 percent of the time.

Which is where I came up with 1X / 2X / 3X, where X= a particular power geared for the particular size of scope. We can just call them Low-Medium-High power, but aware that even higher powers are possible (4X, etc.), when the atmosphere is quiet and not scintillating.

Now, larger scopes are capable of higher magnifications. The reasons for this relate to how light diffracts as it passes through the scope. Bigger apertures resolve smaller details at the same power and can handle higher magnifications before they get into the “high power blur” territory.

So, whereas a 4-inch telescope might use an X=35 power, a 16-inch scope can handle an X=80 magnification even easier.

I do have some suggestions for the value of X in backyard instruments:

Above that size, the owners of scopes usually have accumulated enough eyepieces to yield whatever powers they want. 12-inch seems to be about as big as it gets for a first scope.

What if the seeing conditions are so good, there is no scintillation visible in the high-power eyepiece? Well, then you can go higher – to 4X, 5X and maybe more.

Without having to invest a lot of money in eyepieces you may not use that often for a beginner telescope, the purchase of a decent 2X Barlow lens will be all you need for those nights. That 2-power Barlow will yield “4X” with the “2X” eyepiece, and “6X” with the “3X” eyepiece. That’s yet another reason not to make the magnifications too high for your basic eyepieces – you’d never use the Barlow lens at all.

OK, now you have the three general-use eyepieces for your scope. Where do you go from here? Well, see the eyepiece discussions on sites like CloudyNights and other forums, and see what people think. It’s rational to get a “lowest possible power/widest possible field of view” eyepiece for the really enormous objects, and it’s rational to have a “highest power” eyepiece that yields 25 times per inch of aperture (assuming you still have a Barlow lens to yield the highest possible 50X/inch that’s usable one night a year … maybe).

And you’ll notice my protocol does not talk about apparent field of view or eyepiece types, or eye relief. Those are topics for other discussions.

So, in summary, a beginner telescope basic set of eyepieces may be a 1X / 2X, / 3X set, but you might want to eventually fill in with a 1.5X, 2.5X, or higher, if you find yourself always wanting another magnification in between the basic magnifications. 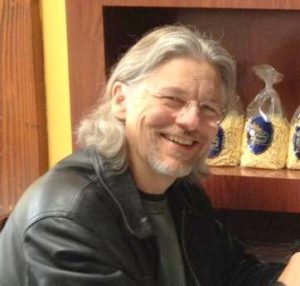 Donald Pensack has been an amateur astronomer since 1963 and an avid collector of eyepieces … until recently (recovering ocularholic). He has worked in the astronomy industry since 2005 – for the last six years with his own business, EyepiecesEtc.com. Don currently observes the sky with a 4-inch apo refractor and a 12.5-inch Dobsonian, mostly from a high-altitude site a hundred miles away from Los Angeles.