I read Uncle Rod’s post on Amateur Astronomy “What’s Gonna Happen to Us?”, and I walked away with quite different conclusions. First, I want to say I have the utmost respect for all that Uncle Rod has done for amateur astronomy. His work in print and online is sage advice and many amateurs, myself included, view it as near amateur-astronomy gospel.

However, on this topic, I think what Uncle Rod sees as an end to an era is also the commencement of a new and expanded era of amateur astronomy.

The time Uncle Rod wrote about, this so called ‘golden age’ of amateur astronomy, began with most of the rest of world still economically undeveloped or devastated from the legacy of WWII. The vast majority of people who could afford the luxury of equipped amateur astronomy lived right here in the United States. While the amateur community in Western Europe and Japan grew by the 1960s and 1970s with rapid economic growth, those communities largely were as cut off from the rest of the world as the average American amateur club.

The ties that bound us were the folks we met in our local clubs and magazine articles (and ads). By the 1990s, this started to change with the advent of the Internet and, I might add, people such as Uncle Rod who spread the gospel of amateur astronomy through digital means. Today, as a ‘member’ of Generation Y who grew up with computers, I am in regular contact with Italian amateurs via Italian astronomy forums and, almost exclusively online, I have received helpful advice from amateurs from other European countries, Australia, Japan, and this year, China.

My own experience with physical clubs is reflective of this online experience. I joined an astronomy club (the Washington D.C. metro area’s NOVAC) for the first time last year – close to 30 years after receiving my first telescope as a child. This was after I received imaging advice online from someone who invited me to a nearby NOVAC imaging meeting.

Before this, I had never felt the need or inclination to join a club, and my ties to that club even now are much more firmly rooted online than they are in actual club attendance. My local club might be large, as these things go, with roughly 1,000 members (regular attendance is much, much lower), but the size and scope of my ‘international club’ likely exceeds by far any club that has ever existed in any age of amateur astronomy.

I know that I am not alone in my lack of ‘physical’ club participation. Many people my age have a similar aversion to club meetings of all sorts that is inversely proportional to our inclination to participate in online forums and discussion groups. Who needs a physical club when practical amateur-astronomy advice and conversation is available 24-hours per day in the comfort of my own home?

And this brings me to the expanded community. The same economic expansion that permitted the growth of amateur astronomy for the masses from the late 1940s in the U.S., and the 1960s and 1970s in Western Europe and Japan, has since spread to Eastern Europe, South America, South Korea, and representing two billion souls, India and China. The Chinese are not only (new) producers of equipment, they are now buying it as well, and they

are making their appearance in my online ‘clubs.’ During the Golden Age of amateur astronomy, how many people in our country could boast of an amateur-astronomy related discussion with people from Hong Kong and Brazil in the same day regarding the same telescope … for free?

We live in a wealthier, more connected world than when Uncle Rod was first learning the ropes of amateur astronomy. It is a world in which relationships in the virtual world are becoming just as important as those in the physical realm.

Even if the American market for amateur astronomy equipment stops expanding, the global market for astronomy is larger than ever, and if trends that began with the conclusion of WWII continue, will only get larger. This expansion coincides with a time of unprecedented connectivity between people across borders and time zones, and cheaper trade between countries that has offered us a variety (and standardization) of equipment that would have been the envy of and seemed impossible to any kid looking through astronomy magazines in the mid and late 1990s (ahem).

And this equipment is economically within the reach of more and more people, worldwide. We don’t need a space race to ignite the passion of astronomy in the masses – that passion has been with humanity for thousands of years. The tools to keep our community growing and healthy, namely economic expansion and the greater access to amateur equipment and communications connectivity that come with it, are here now and doing what the clubs of 1950s and 1960s did for Uncle Rod’s generation.” 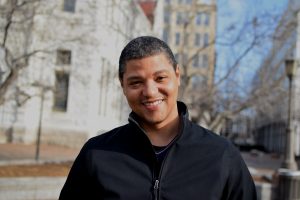 George Stallings has been observing for more than 25 years, though he has only recently jumped into the world of lunar and planetary imaging. A career information analyst and lifelong science-hobbies enthusiast, he navigates the fine line between late nights imaging and early mornings consulting for the federal government in northern Virginia.