Optical astronomy has always played an important role in exploration of the cosmos, even if it has faded in popularity with new detection methods like radio telescopes replacing it in recent decades.

The SONG project (Stellar Oscillations Network Group) has been formed to integrate telescopes around the world, ranging from one to four meters so that multiple observations can be taken, all of the data compiled, and the search for Earth-like exoplanets to expand to new horizons. They focus on stars more like ours, and rather than hunting for quantity, they’re looking for quality. Specifically, planets of the right mass and distance to put them in the habitable zone of said stars.

Their efforts focus on asteroseismology, helioseismology, and they have the full GONG (the Global Observation Network Group) network working with them in this pursuit.

Microlensing, which was first theorized by Einstein, has been a largely untapped field by comparison to other methods of detection. Kennet B.W. Harpsøe is heading up a mission to construct a network of one-meter telescopes based around a new EMCCD camera to make it a reality. 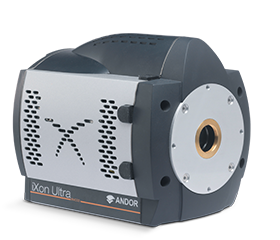 The iXon 897 EMCCD is an ultra-sensitive high-speed imaging sensor designed with many goals in mind, but the thing that sets it apart is how it handles noise. Anyone in this field, or even amateur photographers, have experienced noise problems with CCD imaging at low light levels. The high readout speeds and super-sensitive pixels of the iXon sensor allow it to mitigate much of the noise problem internally. It’s built for low-light noise reduction in imaging, and it excels at this purpose.

The camera has a minimum cooling temperature of -100 degrees Celsius, and a pixel well depth of 180,000 e-. It operates at a frame rate of 56fps for the full sensor readout, as well as 595fps in cropped sensor mode (128×128). The pixel size, while only 16 µm, is 20% larger than the iXon 888, allowing for more light collection. The whole EMCCD is designed around sensitivity and speed.

The difference in clarity of the imaging sensor versus standard CCDs is phenomenal: less noise, less guessing, and the ability to detect those subtle one-pixel light points necessary for the full resolution of congested star fields toward the center of the Milky Way, where the view is dense enough to make use of the qualities of gravitational microlensing.

When combined with the expansion of the SONG network, this means that the team will be able to detect more and smaller planets that are similar to our own and are in habitable regions around other stars. Judging by the sheer number of Jovian-type bodies discovered so far, the future of this project is very promising for the detection of new planets, and the equipment is sensitive enough to use the light gathered from them to tell us something about these new exoplanets. Colors can give insights to atmospheric conditions and pave the way for more research as exoplanets are cataloged.

Over 600 gigantic ‘Hot Jupiters’ have been discovered so far with other techniques. How many Earth/Venus size planets will scientists detect with this new weapon added to their arsenal? Exoplanet research is about to start heating up, so be ready for lots of new discoveries. 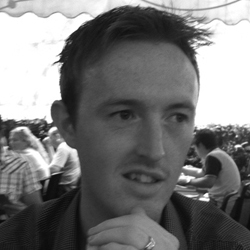 Tony Kelly is a digital marketing executive for Andor Technologies, which manufacturers the Apogee line of astronomy cameras. He has a passion for digital marketing and is responsible for coordinating all digital activities and campaigns for the company.