Editor’s Note: We receive a number of emails after each issue, some with kudos for that issue and some with constructive criticism, all of which we very much enjoy reading. In was in this vein that we recently had an email exchange with Dr. Howard L Ritter, Jr. about his thoughts on Issue 7. I enjoyed the email conversation and thought you might as well.

I want you, Mark Zaslove, and Klaus Brasch to know what a wonderful surprise and pleasure it was to receive Volume 10, Issue 7! Well, I’m always pleased with an issue of ATT, but not usually surprised by the high quality and range of content. 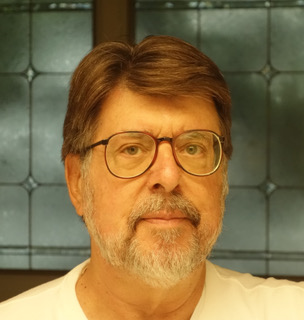 When deciding what big binos to buy this past summer, I learned that Markus Ludes was adding a 90-degree-eyepiece version of his 100-mm apos. Being a veteran of a pair of 100-mm non-apos with 45-deg eyepieces, I was tired of struggling with the contortions or spindly tripod height required to view objects near the zenith with 45s.

I gladly waited the short time necessary to receive the pair from Germany through the good offices of Alan Traino at Lunt (and I believe I might have been the first customer in the U.S. to receive a pair). I was glad I did, as my experience has been very much like Mark’s, right down to the favorite 24-mm Panoptics and 11-mms for higher power. Like him, I find high magnification (5-mm Naglers) usable but not really enjoyable, which is OK, because this is not part of the notional performance space of 100-mm binos. I use mine on a Manfrotto video tripod with video head, and am contemplating getting a go-to alt-az mount for them.

Over 20 years ago (not sure exactly when – after 1991 but before I used it to observe and photograph the Great Annular Eclipse of 1994 from just a couple of miles off the centerline and very close to the point of maximal eclipse, in northwest Ohio), I bought an Astro-Physics 155 f/7 EDF apo refractor from Marge and Roland Christensen. It is every bit as magnificent as Klaus describes. I’m just getting started in astroimaging, and my first serious target will be M31 with a Nikon D810A.

Of course, I envy both Mark and Klaus their observing conditions, rather better than what we have here in the Raleigh, NC, area. The memory of my night with my previous 100-mms at Big Bend National Park in Texas (described in the Focal Point feature I authored in the Feb 2015 Sky & Telescope) will always have me salivating for more!

Since I’ve mentioned apo instruments twice, I’ll also mention one of my pet peeves, which I encounter in just about every forum and advertisement: the abbreviation of the word “apochromatic” as “APO,” in all caps, as if it were an acronym. It is obviously not (“Apochromatically Performing Optics”? “Amazingly Pure Observing”? “Absurdly Pricey Option”?), so should be merely shortened to “apo”. After all, who renders the similar shortening of “binoculars” as “BINOS” rather than as “binos”? It’s not an acronym, but an abbreviation, so no one does. Let’s see “apochromatic” shortened properly, as “apo”.

Merely a quibble. Keep up the good work, and be sure to let me know when the Pedaling Astronomer will be coming down my street here in Fuquay Varina!

Editor’s Note: After his original email, we responded asking if he would mind our sharing his email with our readers and to provide a brief synopsis of his background with amateur astronomy. He was kind enough to provide the following:

I’m a retired haematologist, formerly with the Toledo Clinic in Toledo, OH. I’ve been an amateur astronomer since my parents gave me a 3-inch Edmund Scientific ‘scope for Christmas 1957 (I still recall the smell of its phenolic resins). My career in medicine was decided over one in astronomy when I realized as a freshman at Miami University that mastering calculus was more work than mastering biology. I spent 24 years in the Air Force and then 23 more in private practice.

Now I observe with my APM 100-90s, my AP 155 EDF, and my Teeter 200-inch f/3.5 Dob. I’m a member of the Chapel Hill Astronomical and Observational Society (CHAOS) and the Raleigh Astronomy Club (RAC) and love to participate in the very well attended monthly public-outreach viewing programs put on by CHAOS and the Morehead Planetarium and Science Center of the University of North Carolina. I’m also a lifelong amateur photographer, and I’ve been looking back and forth between my DSLR and my telescopes, rubbing my chin, and thinking, “I wonder…if I just put them together…could that work..?” My bucket list includes a cabin in Serious Dark and a BIG pair of binos…

By the way, I should have mentioned in my letter that the APM 100s always attract a long line of viewers at the public viewing sessions, which regularly occur during the first-quarter Moon. I’m sure we’ve all had the experience of having members of the public, conditioned by NASA’s beautiful press photos, react underwhelmingly to views of planets and DSOs through even large amateur instruments. But the crescent Moon seen with both eyes at 45x never disappoints, with its stark brilliance next to blackness, and its craters, mountains, and lava flows. I can hardly wait to start showing folks M42, whose arcs, wisps, tendrils, and scattered gemlike stars, even with a crescent Moon in the sky, should impress even the most jaded. I observed it at 3 a.m. at the Staunton River Star Party in Virginia at Halloween and it was like being witness to Creation!