Intrepid editor Gary Parkerson is back on the road with the Pedaling Astronomer Project, this time tackling the US east coast.

He kicked off this leg of the ride during the last week of February at the Winter Star Party (WSP) in the Florida Keys. Capt. Ed Davidson, the Inn Keeper of Discount Divers Bed and Breakfast was his travel host for the event. Formerly known as Navy Lt Commander “Engine Eddie”, he is the holder of 22 combat decorations awarded for becoming the 33rd aviator to survive more than 200 combat missions in the skies over Vietnam, Laos, Thailand, and Cambodia while piloting his Mach 2 rated F4 Phantom II.

Lt Cdr “Engine Eddie” was dodging clusters of exploding surface-to-air SAM missiles while flying fighter escort nearby when Senator John McCain was shot down by one of them over Hanoi and taken prisoner of war. After his 297th aircraft carrier landing in the Tonkin Gulf, Capt Ed was sent to Key West as a “Top Gun” type combat flight instructor and began scuba diving with some of his Navy Seal and Green Beret buddies there.

He now lives on site in his laid back Bed and Breakfast vacation apartment compound in the Florida Keys, where he will always be happy to talk about missiles, bombs, aerial MIG dog fights, and anything that flies without flapping. Captain Ed is also an avid eco warrior as he works within the community to keep the Keys as pristine as possible.

Gary has been staying with Captain Ed during the Winter Star Party since Gary first attended the event over 10 years ago. While not chatting with Captain Ed, Gary was on hand to view through the 600 plus telescopes that were available and set up on the Keys sandy beaches. WSP is held under the auspices of the Southern Cross Astronomical Society of Miami which uses the proceeds from this event toward public education projects, scholarship programs, humanitarian needs and Girl Scout Camp improvements.

After the end of the WSP, Gary took off Northward up the coast and has just passed the Georgia border. He’s just a bit more than 1000 miles and 30 days from NEAIC/NEAF in New York. If your planning on attending, be sure and stop by the ATT Booth! 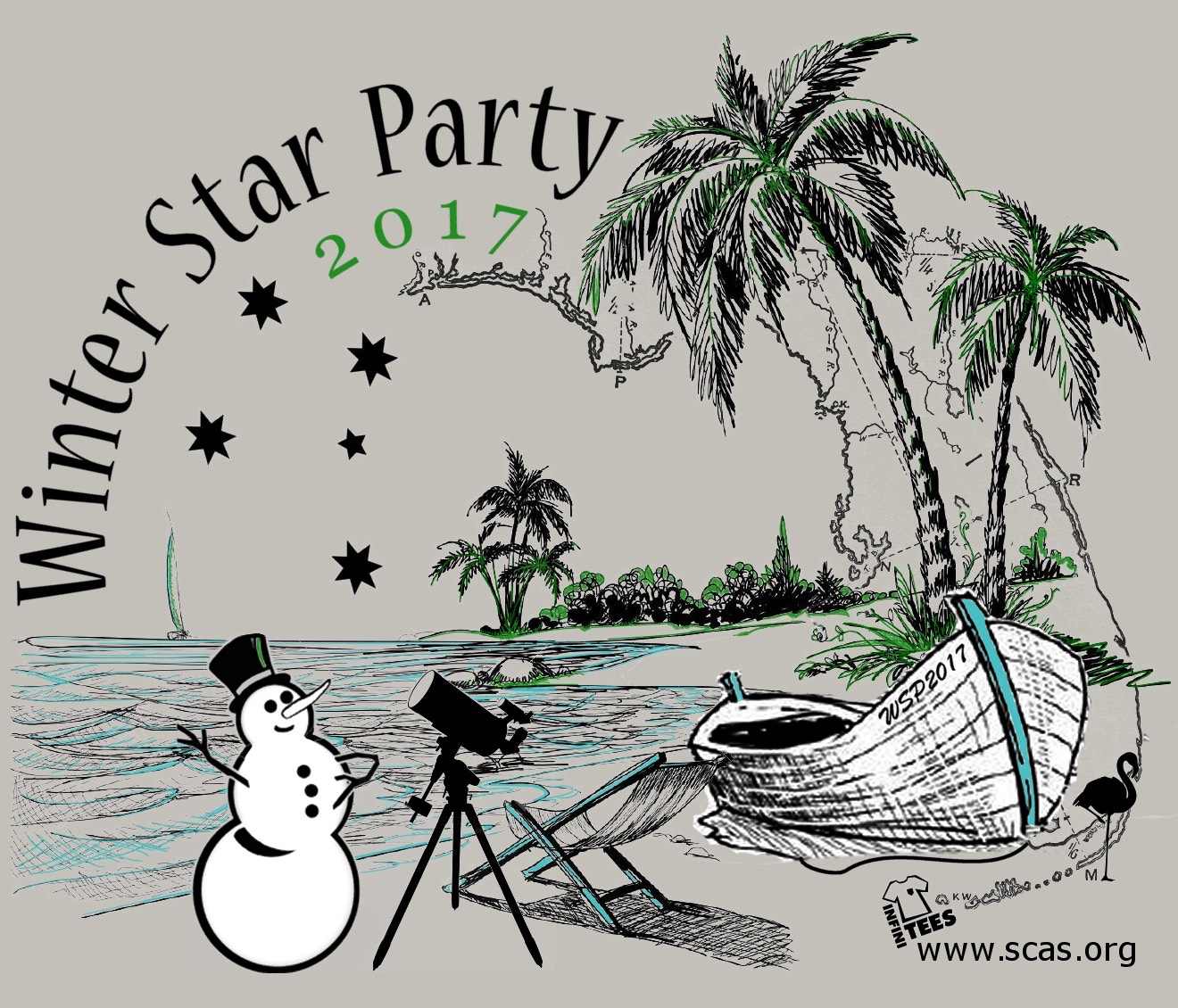